The Geometry of Love 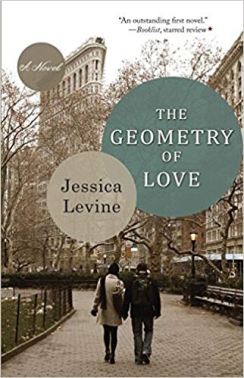 A Novel
By Jessica Levine
Published by She Writes Press
Buy from:

The Geometry of Love was included as a 2015 Top Ten Women's Fiction Title in the American Library Association's Booklist.

Why is it easier for a woman to be a muse than to have one? Can one be fully creative--in art or life--without the inspiration of erotic love? These are the questions asked in The Geometry of Love, a novel about a love triangle set in New York in the 1980s, then fast-forwarding to Northern California 20 years later. Julia, an aspiring poet, is living with her British boyfriend Ben, a restrained professor at Princeton, when she has a chance meeting with Michael, a long-ago friend. A charismatic composer, Michael was once a catalyzing muse for her, but now returns as a destabilizing influence. Julia must choose between security and passion as she longs to become involved with Michael, but hesitates to give up her relationship with Ben. When Michael signals he is too wounded to make a commitment, Julia turns her triangular situation into a square by setting him up with a cousin. In the process she discovers, as Pascal once said, that ""the heart has its reasons which reason does not know."" This deeply psychological tale explores the surprising ways we make romantic choices.