I grew up in Connecticut, read a thousand novels as a child and always wanted to write one. After four desperate years at a New England prep school I went to Harvard, wrote some fiction, studied night and day. Then a master’s degree from Columbia, two years in the Peace Corps and a year of doctoral studies at NYU, brought to an end by the delirious sixties, marriage and parenthood. In 1970 my wife and I moved to an isolated farm in Chile, where we lived for two years. When we divorced in 1974, I wound up with custody of our son, Janir.

I settled with him in Athens, Ohio, where for ten years I ran a truck farm. I built some houses, ran an alternative school and started writing, both freelance and fiction. My first two books were novels: Anna Delaney’s Child (Macmillan, 1986), about a woman whose nine-year-old son dies in a car crash, and The Potato Baron(Villard, 1989), about a married couple struggling to decide whose life they are going to live. I moved to Colorado for five years, and to New Mexico for eight, before coming back to Ohio. My third book was a memoir about raising my son in the face of his mother’s schizophrenia: Another Way Home (Crown, 1996, with a paperback by Penguin).

After building eight houses in eight years, I moved to Cape Cod to look after my father, whose Alzheimer’s was growing worse. He wanted to go on living in his house, and I wanted to let him. The Last of His Mind: A Year in The Shadow of Alzheimer’s (Swallow Press, 2009) is a memoir about the last year of his life. My most recent book is a novel set in Havana and Miami in the late Fifties, A Hundred Fires in Cuba. 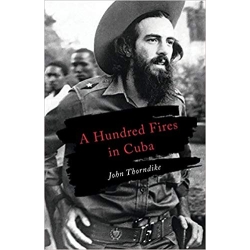