Sharbari Zohra Ahmed was on the writing team for the first season of the ABC show Quantico, making her the first woman of Bangladeshi origin to write for a network show. She wrote a play, Raisins Not Virgins, which was adapted into a short film. Raisins Not Virgins was about being a young female American Muslim trying to make sense of her Islamic identity. She wrote the play in 2003 and adapted it for the stage. She produced the play and acted in it. In 2008 in the Tribeca Film Festival it was selected for the Tribeca All Access programme. Her book, The Ocean of Mrs. Nagai, was released at the Hay Festival Dhaka in 2013.

She is on the faculty of the MFA program at Manhattanville College. She defended India actor, Soha Ali Khan, after she was criticised by Muslim extremists for wearing a Sari, which the extremist deemed un-Islamic. She presented in the AWP conference on Post Colonial literature in Bangladesh in 2016. She is working on a new project called The Line with Ikhtisad Ahmed. Her fiction has appeared in numerous journals and anthologies including The Gettysburg Review, Painted Bride Quarterly and the Asian Pacific American Journal. In 2017, she adapted Rickshaw Girl by Mitali Bose Perkins (Scholastic) for the screen. The film is produced by Sleeperwave Films and directed by Amitabh Reza Chowdhury. 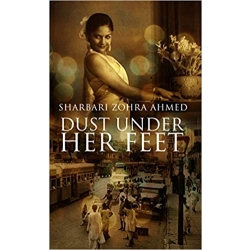 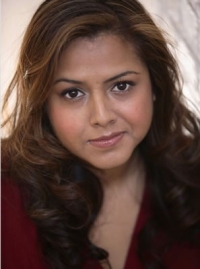