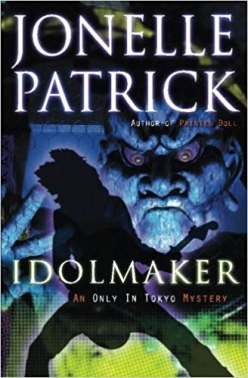 A Japanese pop star is swept away in the tsunami following a devastating earthquake, and her fans erupt in a frenzy of mourning. In the wake of the disaster, Detective Kenji Nakamura is sent to investigate a death at a local shrine, but amid the rubble he finds evidence that suggests the impossible: How could the head priest have been murdered by the dead idol? It doesn’t help that the star’s body is still missing, and Kenji’s childhood friend Yumi Hata refuses to believe that her favorite artist is dead. She launches her own investigation to convince Kenji he’s on the wrong track. But by the time their race for the truth lands them backstage at a sold-out memorial concert for the dead guitarist, the one thing they’ve both learned is just how quickly the hunters can become the hunted.