La Poterie | Who We Are | The Place | Testimonials | FAQ | Apply | Contact

Amy Wallen is the author of How to Write a Novel in 20 Pies: Sweet and Savory Secrets of the Writing Life; the Los 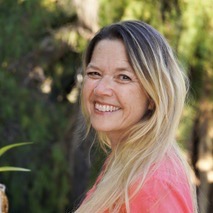 Angeles Times bestselling novel Moon Pies and Movie Stars, and the memoir When We Were Ghouls: A Memoir of Ghost Stories. As associate director at the New York State Summer Writers Institute she serves as student advocate. She facilitates and co-teaches (with past Los Angeles Times book critic David Ulin) a manuscript workshop in San Diego (at which she serves pie). She has taught creative writing at UCSD and UCLA Extension and other venues. She is also the creator of Savory Salons, literary salons with pie—a day of discourse with successful authors on the writing life. She’s also the founder of DimeStories—Three-minute stories told by the author, and featured on NPR. Currently, she is working on two novels, and she started NaNoPieMo after NaNoWriMo (National Novel Writing Month), which encourages writers to get started on their novels.


Nicola Keegan is the author of  Swimming, published by Knopf in 2009 and translated into 12 languages. It was a 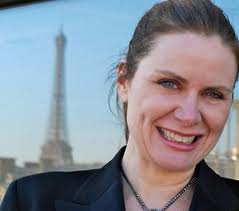 New York Time’s Editor’s Pick, selected for NPR’s Book’s We Love, was one of Washington Post’s Best Books of 2009, and Number 3 in Time magazine’s Top Ten Fiction of 2009. She has been teaching while working on her second novel--a multigenerational family epic--for the past 10 years. She was born in Galway, Ireland, grew up in the United States, where she studied at the University of Iowa. Currently, she lives in Paris with her three children. 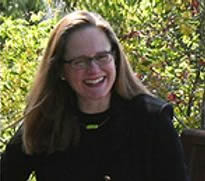 passionate about helping authors be published in the most satisfying way. After 25 years as a corporate strategist and management consultant, April joined the literary world, where she saw strategic opportunity to play a role in the changing world of publishing. She advises and assists authors as they choose the best pathway to publication, and serves as a consultant to publishing startups serving indie authors. She represents a diverse group of clients in the U.S. and abroad, and speaks at conferences worldwide. April serves on the Advisory Council for The American Library in Paris, and is a reader for The Best American Short Stories series published annually by Houghton Mifflin Harcourt. April divides her time between San Francisco, New York and Paris.

Aimery deMoucheron, the descendant of a prominent French family, met and married Cynthia Cooke, originally from Hawaii, while both were students in Paris. Aimery currently heads his own advertising agency, Mister Brown, and Cynthia is a painter whose work is regularly exhibited in Paris and abroad. They are the parents of four adult children, and three (soon to be four) grandchildren.